This article is to help you to understand how random thoughts can become intrusive thoughts.

I was watching TV last night and had a random thought that my living room would be better without curtains.  Then I saw a large tree on the television and thought ‘that would be a good place for a hanging.’  Both are random thoughts that I had no control over while I was watching TV, but one might become intrusive.

In the first paragraph above, what thought grabbed your attention most?

Random thought 2  large tree would be good for a hanging

I’m guessing it was thought 2 ( large tree would be a good place for hanging) as this would probably disturb you more than whether or not my living room had curtains!  I might sound flippant, but I am deadly serious when I say, they are both the same, both are random thoughts that popped into my head while watching a program on TV.

You could well be thinking, but the second thought could cause harm, or it says something about you as a person Elaine ( my name is Elaine, hello, and I’m the psychologist behind MoodSmith) and therein lies the first mistake that can make a random thought become intrusive – a judgement.

Just now, as I am writing this my partner, Lewis, came in to tell me about 12 tone technique and serialism  (he’s a musician and I have no idea what it means) and probably because I am writing this post I became acutely aware of random thoughts as he was speaking.  I don’t mean to be rude, I am being as open and honest as I can can – nipples, my thought was ‘men have nipples, but don’t have to cover them in anyway to stop them from being seen through their clothes, women, we wear bras, or you can even get flower shaped patches…..”

I interrupted my writing to tell you that, as I want you to be aware of how common random, odd thoughts are, but back to what I was originally saying.

How do thoughts become intrusive thoughts?

I want to start by mentioning some judgments you might be making;

What happens when you pay attention to the thought?

You start to make little connections in your brain, sort of like learning a skill,

Video taken from my course on Intrusive Thoughts, find out more about my course

The major difference between a random thought that pops into your head, and one that becomes intrusive, is how you respond to the original thought. 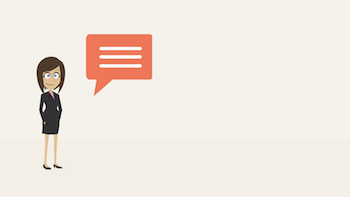 Dr Elaine Ryan is the owner of MoodSmith® and writes all the articles personally. She obtained her Dr of Psychology from the University of Surrey and has worked in psychology for 20 years. She is Chartered with The British Psychological Society and is registered with The Health and Care Professions Council; HCPC. You can read more about Elaine here or browse her articles below.

If you or anyone you know are in crisis or a life threatening situation, don't use this site. Use these resources to get immediate help