In this article, I want to present a case study of POCD to help you understand how it can manifest within Obsessive-compulsive disorder.

All names and personal details have been changed.

Olivia, a 43-year-old woman, self-referred herself to my clinic for help with OCD. Olivia is married with three children and works part-time.

During the assessment session, I noted the following OCD themes;
not stepping on cracks on the pavement, wiping doorknobs. Olivia offered this information but did not mention any pedophilia-related thoughts.

In my experience working as a psychologist for almost two decades, most people do not announce in their first session that they want help with POCD. Instead, if the therapist can create a trusting environment and pick up on subtle clues, in that case, the client may start to realise the thoughts they find most shameful are a symptom of OCD. They then might be prepared to discuss and get help with their thoughts.

It was not until our 7th or 8th session that Olivia became distressed and informed me she thought she had done something terrible in the past. She could not recall what it was but had a feeling that it was awful.

I asked her to tell me as much as she could remember, and she stated that she watched a television program on child abuse, and she thought, what if I had done that?

Olivia was terrified that this type of thought had even entered her head. What did it say about her as a person, as a mother? Was she capable of doing something so awful?

For months, and then eventually years, Olivia had almost forgotten about the initial trigger, watching a television program that documented child abuse, and the thought, what if I had done that? Her dominant thoughts had become going back over past events involving children to ensure that she had not done anything to a child.

This has been my experience as a psychologist working with people whose OCD manifests intrusive thoughts regarding children. Over the years, they completely ignore the first trigger thought. In Olivia’s case, what if I had done that and became consumed with what has become a cycle of obsessive thoughts and compulsions relating to pedophilia-themed OCD.

Olivia had a thought after watching a TV program about child abuse; her thought was, what if I had done that?

Olivia had never harmed a child.

The thought stuck and became obsessive, with the following compulsions.

When thoughts stick, they can create thought-action fusion were and eventually end up as a false memory.

The content of future sessions was all to do with asking me how I knew that she had not done something terrible. You can read more on reassurance seeking here.

If this is something you can relate to, I urge you to be aware of the doubt and uncertainty created by all forms of OCD. You get caught up in the spiral of seeking certainty. If you can label it, I am experiencing doubt and uncertainty relating to OCD and try to move on; you are starting to break the cycle.

In this article, I want to present a case study of POCD to help you understand how it can manifest within Obsessive-compulsive disorder. Living with

Doubt and uncertainty in OCD

Doubt occurs when your mind oscillates between two or more competing positions and can lead to uncertainty and anxiety if no resolution occurs. This failure 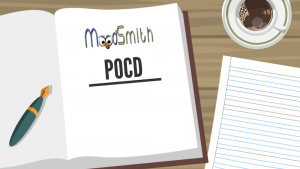 In this article, I want to present a case study of POCD to help you understand how it can manifest within Obsessive-compulsive disorder. Living with 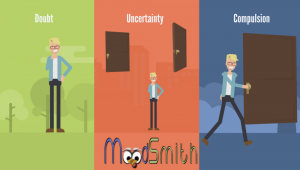 Doubt and uncertainty in OCD

Doubt occurs when your mind oscillates between two or more competing positions and can lead to uncertainty and anxiety if no resolution occurs. This failure 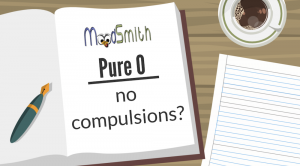 Diagnostic labels; what if there is none that fits?

This article is going to talk about the labels applied to mental health conditions. In particular, I want to talk about diagnostic labels you are

What is ERP? Exposure Response Prevention, abbreviated to ERP, is a type of therapy designed to target, reduce and eliminate the compulsions (rituals) within OCD. 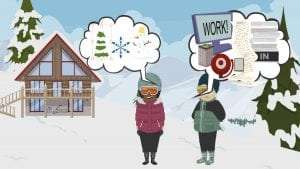 What is Mindfulness? Mindfulness is being conscious of what is taking place in your environment, your thought processes, feelings and sensations in your body, in